After the so many trouble I had to realease it, I have to admit I made it possible only because I am a hopelessly stubborn and I get more creative during difficulties XD
This release date has been chosen so in the end, I'll have the same date to look out for celebrations when I'll have updates on future developments XD

S1 will get a re-release, and it will be playable as a whole bigger game together with S2: for the ones who played S1 already, there's a savegame inside the big download package to start at the beginning of S2 directly. This means previous HS release will be deprecated, as if you want to join this adventure, just download this big package and enjoy


Anyhow, this is a Highlights Movie regarding s1, just to get in touch again with what you might have already played
Highlights movie:
https://www.youtube.com/watch?v=Cthyk3mdK14

I will post 2 other YT videos during this time till the game will be available:)
http://hypersquare.trle.it has been updated with a countdown till the release hour (well, wait few minutes and it will be on line)

Finally a release date, and that so soon! Super excited; can't wait! Psiko, you're the best!

Thank you so much for this amazing work!
Top

So excited this is gonna be awesome.
"I understand that somehow is in my favour, so indulge me about the dagger. I'd be indebted with your life."

I AM NOT READY FOR THIS

Thank you so much Antonio. Looking forward to it to be hopelessly stuck on every new corner all over again. (Good times lol)

If both levelsets are included, how big is the download?
Raider Daze (pt-br) | Do more of what makes you happy!
Top

I may not be playing as season 1 was too much of an ordeal to me as it was.

That's got nothing to do with quality, I must stress. I'm not looking but I may have given the first four well deserved tens.

I'm certain many players will love to go through the game and I'm glad somebody takes time to build such high quality projects. It's just that I want something lighter.

I hope it will

but enjoy s2 for now

Treeble wrote: ↑
18 Apr 2018 23:58
I AM NOT READY FOR THIS
Thank you so much Antonio. Looking forward to it to be hopelessly stuck on every new corner all over again. (Good times lol)

If both levelsets are included, how big is the download?

you wont't get stuck many time... it's slightly easier and most of the times it will be because you probably will forget to use the time flux specimen, whose use and features are given for granted in s2

Size is huge, a whoping 10.7 GB divided in 6 files to download

Thank you so much for this amazing work!

thank you for playing it, let me know what you think once you finish it

@Jorge22, don't worry, the game is easier than season1 and slighlty shorter, but still not an easy cup of tea

you might change your idea or mood in future

****
Anyhow, about HSs2 features, it will have the highest amont of secrets in any of my levelset

My Tomb Raider A had 7 secrets in about 30 levels, HSs1 had 5 in 12 levels. As I was asked for more secrets (for instance by JoeTheCrazyGamer himself) HSs2 will have 19 secrets in 9.5 levels

(don't worry for the amont of levels, some of them are really long). And the last secret to be found is the craziest secret I've ever done

I sure will! Looking forward to finding all the secrets!

finding all of them is really a challenge even for very experienced players, and I am thinking about a reward as a prize for the first one who can prove with screenshots and savegame he/she was able to find them all

anyhow, this is the third video from YT:
https://youtu.be/Z3t9-IL6qy8
it shows the working of one of the new items in game that enables new features in gameplay

Psiko,
Your six downloads total 10.7gb (about 2gb each). I hope you are using multiple servers which do NOT throttle the download speed or require membership fees, and also allow the downloads to be resumed (without starting over) if interrupted by outages. I have DSL and it takes 2 to 4 hours to download a 2gb file which is NOT throttled or interrupted. Not everyone can have high speed internet.

The trle.net server is too slow for these files.
Top

TombTitan, can't wait for you playing my game

I'm sad for your internet connection, I remind 10.7 GB are for two seasons together.. but I cannot split them due to technical reason because of trouble I had with my pc at a certain time... well, I am not a technician, but I'll have 4 mirrors since beginning, and one is from www.aspidetr.com which is really fast, so, unless there are too many users downloading at the same time, I recommend that server (they will be listed in the download page of the new upcoming site, http://hypersquare.trle.it ). In case of problems, try a download helper/manager, which would resume your download checking integrity of files too once it resumes them. There should be some free managers to try. Anyhow, no membership fees in any case

I'm sure it's a huge challenge to find them all and I'm also sure I won't find every single one all by myself, but I will at least try.

Anyhow, about HSs2 features, it will have the highest amont of secrets in any of my levelset

My Tomb Raider A had 7 secrets in about 30 levels, HSs1 had 5 in 12 levels. As I was asked for more secrets (for instance by JoeTheCrazyGamer himself) HSs2 will have 19 secrets in 9.5 levels

(don't worry for the amont of levels, some of them are really long). And the last secret to be found is the craziest secret I've ever done

Thanks Psiko, And Craziest Secret i dont stand a chance, but Its like Ice Cream If i know its there i want it.
"I understand that somehow is in my favour, so indulge me about the dagger. I'd be indebted with your life."

And here it goes: a teaser trailer 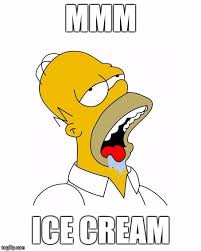 I am a bit sad there aren't time distortions this time around, but damn if I'm not excited all the same.

That shopping cart looks like it might open up a lot of possibilities, I can already see myself getting stuck because of it lol. I remember in season 1 that "enemy" that we had to pick up something off his face to destroy it -- never would have thought of doing that.

Raider Daze (pt-br) | Do more of what makes you happy!
Top

That enemy was source of criticism because was not intuitive, not user friendly. It left the impression of a too hard game, even to reviewers. Obviously I disagree, because my goal is to always give a playing experience comparable to official classic games in lenght, longevity and difficulties. Chinese dragon in tr2 was an inspiration for that interactive enemy, and there weren't fmvs nor on screen helps to defeat it, which is something I was asked for to add, and I did it in the revision of this level. But I still believe that discorering everything by yourself is thousands times more satisfying. So helps are there but not invasive (so that players can decide if to use them or not). Same thing for vehicles: nobody teached you how to use them in Core games, we simply had to try all the available common keys to find their features

so if you don't tell them there's a new feature, they won't discover it by exploring and searching for new solutions

so it's very difficult from me still giving new things, according my vision of level editing, yet make those innovations feel not "dangerous" to experience/experiment, but I love challenges

About time distortions levels, it would have been redoundant to give some more, because that was an inner trilogy of levels each with 4 sublevels in them and each sublevel has reason to exist (some of them will be unfolded in HSs3 ) and there's a reason why one of the 4 sublevels was HyperUranium

there is still diversity of environments, even if inspired by parts with same theme or "worlds" as much as tr2 was, which is an inspiration for HSs2.

The shopping cart (and its features) is used only once in this season, it could reappear in s3 in different form. I spoiled it for the reason to maie it useable without trouble by players of any kind

Users browsing this forum: No registered users and 9 guests