I had to order it as it was out in the shops. I mean, the shop ordered it for me at the promotional price. Maybe I'll have it there by Tuesday. Then, it's the formatting (I'd like to create a partition), downloading and installing some programs, Office included obviously, copying just some files I have on my external HD and I should be ready to go.

I was looking here as I just downloaded ANOTHER WINTER FOREST and my virus checker (good old Windows Defender) complained and secured the exe as it claimed it had a trojan in it ... Trojan:Win32/Tiggre!plock

Probably a daft question ... but Does It Have a Trojan in it? I assume there's a degree of checking etc on all the download games here?

It's a bit of a worry though to just ignore a big thing like that and hope for the best!

As the title of this thread suggests, the answer is no. You can do whatever it takes to get the level to play (some have more difficulty than others) without worry.
Top

This is just my humble opinion...

Start by running Virus Total (google it) on the exe and see what each antivirus thinks of it.

My main worry isn't actually viruses and trojans. It is how certain programs may damage your computer by way of creating some kind of incompatibility... which can be just as bad.
Fact: even Microsoft updates can do that. They have. To the point of not even being able to restore it to factory settings. Really bad and, yeah, that shouldn't happen. But there are millions of files in your Windows and it can get complicated...

Good day all
I was told many years ago that a Trojan Is a file left over from an uninstalled program.
I was also told that hackers use them to control or add viruses to your computers.
would someone please tell me what a Trojan really is.
Bing return with:- What is a Trojan Virus? | Trojan Definition | Kaspersky Lab UK
A Trojan horse or Trojan is a type of malware that is often disguised as legitimate software. Trojans can be employed by cyber-thieves and hackers trying to gain access to users' systems. Users are typically tricked by some form of social engineering into loading and executing Trojans on their systems.
Thank you.
Happy raiding
Jeff Sadler
Top

The Trojan horse looked like the statue of a true horse.. But it wasn't, there were a bunch of soldiers inside coming out after dark and attacking the town.
That's where they got the name from, something that looks harmless but isn't.
The virusscanners only notice it is an altered piece of software and warn about it. Never heard of problems after playing a level where the scannes thought it was a Trojan....
The Two most important days of your Life; the one where you are born and the one when you find out why (Twain)

Well, I've been having repeated problems with the exe in Sabatu's latest level. This time it's Windows Defender that finds it is a Trojan (forgot to make a note on which but I'll get back to you later on that, if it's even of any use). Thing is I even lost my task bar the last time it happened and had to disconnect the bloody computer from the freaking electricity. Then, I tried other exes but none works correctly on this game. So, I guess I'll just have to put up with it from time to time. And you don't really expect anybody at least a bit sensible to keep every slice of protection off, do you?

I really wish somebody fixed this thing that's been stalling for so long...

...............and something really weird happened after I tried different exes on Secret of Mount Parnassus which is, for instance, I've been replaying Neon God, I'm at the Heart of Peru and all of sudden the graphics (like walls and stuff) became kind of TR1-ish.
I can't really see the relation but it's a coincidence and it's annoying.

I mean, I have the Nvidia Geforce Experience (GTX 1030 - they say GTX but I really think it must be GT - DDR 5) and everything is working well (according to what I can see in the PC and the general graphics of everything else too), I've even downloaded a new game ready driver after the whole thing started.

..... and I have reinstalled the latest Geforce Experience driver and replaced the Neon God exe by the original (just in case) and I still get TR1-like textures. Everything else seems to be working ok.
It could (very remotely) have been something with the cooling but it doesn't look that way plus the PC's still new. The PC definititely hasn't overheated or anything.

Jesus Christ. I may have to wait for something to come along (maybe a new driver, maybe some Windows update, I don't know)...

If you have a problem caused by WIN10 or your computer, then I have no advice. However, patched customlevels have 2 or 3 windows processes (different names) running at the same time (the second process is the suspicious one if there is something wrong). There is nothing you can do about that since this situation was created by Paolone. If you run other programs between TR game sessions (including playing several TR games while the computer is still turned on), then you may need to close all the TR processes before starting the game again. This is done by forcing the tasks to end in windows task manager after quitting the game normally, or by rebooting the computer.

This may help clear up your graphics problem. I got the same thing a week ago with Feder's Templars Secret. The builders are pushing the limits of a game engine that was designed for WIN98, and Microsoft has changed their operating systems such that these problems will continue to occur.
Top

Hi. The only process I can think of is the obvious one, named tomb4 or something of that sort. I can't thinkj of anything else. Could you, please, help by naming the other two? Thanks.

Anyway, if opening Neon God is the first thing I do after I boot up, the graphics are still crappy. I have no idea why this happened.

On the other hand, I opened The Replicant's Spaceship and I think it was normal...

As I said before, I do not have WIN10 and I suspect your problems are due to WIN10 and/or the way you configured your computer.

In WIN7, the processes most commonly associated with the customlevels are 2 tomb4.exe files. The first closes when you end the game normally. The second is the patch exe (usually the same name) and is closed by rebooting the computer or using task manager (CTRL-ALT-DEL). The third process which may not always be there is a "windows host process (rundll32). However, you have to be careful with that one because other programs also use a similarly named file. It is best to do this when you don't want any programs opened.

The task manager is different in WIN8.1 and some of these processes are listed in the protected part of task manager under variant names, so this procedure can cause problems and is not recommended. I suspect WIN10 is even worse.

Neon God plays fine on my WIN7 computer. I have never removed it, and I just checked it again. However, that is an old customlevel from 10 years ago, and it may not work properly on WIN10.

You need information from someone with WIN10 who has Neon God as well as the new customlevels.
Top

Yes, I never had any problems with Windows 7 either apart from the obvious issues that everybody knows but nobody seems to care about.

TombTitan wrote: ↑
17 Feb 2019 19:26
You need information from someone with WIN10 who has Neon God as well as the new customlevels. 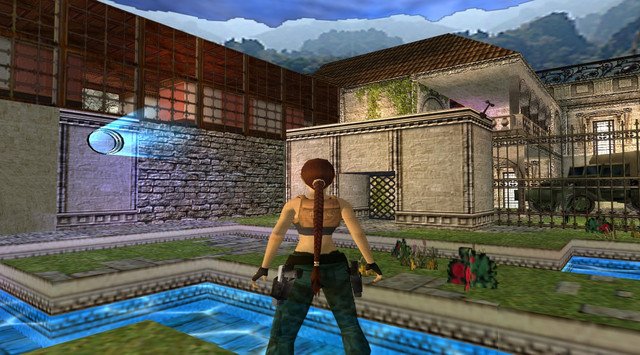 Yep. Mine started that way - except for the bar on the top of the game - and then it changed.

I guess you have a friendly Windows.

Users browsing this forum: No registered users and 7 guests