stuck in a level/unofficial level editor

Nice level but.... I get crash after crash.


1- What must I do if the level get corrupt or crash when lara is on some sectors?

This problem are is many TR custom levels, and the solution to fix this problem, is change or replace the TOMB3.EXE(944kb) with the Tomb3.exe(946kb) from South pacific demo.

The TOMB3.EXE in my download is: 945 kb and I have no clue how to get hold of that South Pacific tomb3.exe (if that does the trick

Are you playing it in the setup you downloaded from TRLE.net? I'm assuming you are. I haven't played too far into the level yet but I don't have any crashes so far. I know there used to be an earlier version that crashed very early in the game, but I thought I took care of that by finding an updated version of the actual level

) Meanwhile - maybe you can see if the Full game download from the hungarian site works for you?

The last crash I had, I could sent but I am pass that point again, and that is however not the only place though.

So far I've managed by NOT carrying a gun or flares, that does sometimes help.
Also sometimes starting again and load the game, the crash might not appear.
It is so bloody random.
Oops, I did it again...

u can get the south pacific here
http://treditor.hu/english/5_regiek_eng.htm
Top

Of my quoting, I tried "Project Nasa and Snake City "with tomb3.exe of "South pacific", game refuses completely to launch under WINXP PRO SP2. (crash after the double click on the exe). It is similar without the config.txt

"Project Nasa" is nevertheless playable with the given exe, I was in the end !

Thank you for excusing the poverty of my English, sometimes I have me even the trouble to understand me... ! 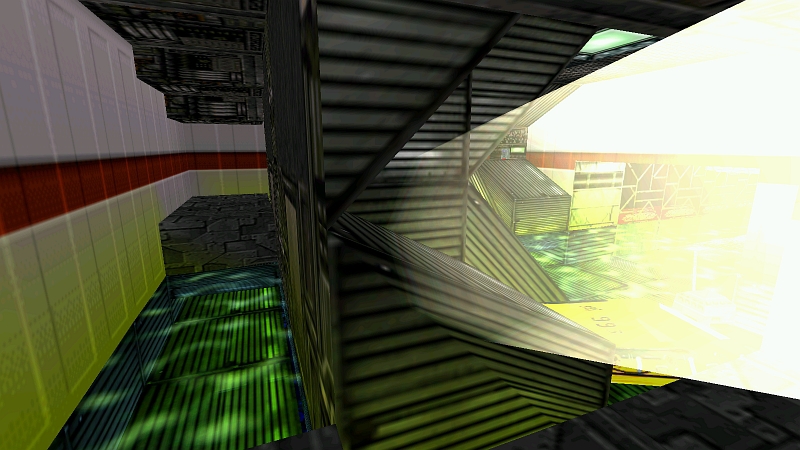 
Go through the doors and drive until the trench turns left. Fantastic view through the windows. Park the boat in an alcove and get out. Follow the walkway, jumping deadly water, to the other side to a switch. Pull the switch to open the doors and go back to the boat.

This switch is highlighted by Lara's head light on the screenshot above, but from my current position I can't get across the deadly water through the narrow pathway. What am I missing?

EDIT/ Forum effect. It's just a last-second grab jump. It helps hanging from the current ledge, climb up and roll for the optimal line up for the running jump. Moving on...
Raider Daze (pt-br) | Do more of what makes you happy!
Top
Post Reply
6 posts • Page 1 of 1

Users browsing this forum: No registered users and 4 guests